6 June 2016
With the congressional elections on 26th June, ASINCA along with regional associations from Galicia (AGEINCO), Castille and León (ACALINCO), Aragon (ASINCAR) and Andalusia (ASICA) have decided to organise a day of debate which will involve politicians from the major political parties Partido Popular, Partido Socialista, Ciudadanos and Podemos. The debate will be presented and moderated
END_OF_DOCUMENT_TOKEN_TO_BE_REPLACED
Read more

ASINCA considers it irresponsible and incompetent to hold a new election

31 May 2016
ASINCA, The Association of Independent Engineering and Consultancy Companies of Catalonia along with three other regional territorial associations (Andalusia, Aragon, and Galicia) consider it both irresponsible and incompetent to hold a new election with the same candidates. It regrets to say that the current political situation in Spain, which is looking to hold a new
END_OF_DOCUMENT_TOKEN_TO_BE_REPLACED
Read more 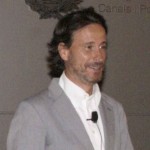 25 May 2016
On Tuesday ASINCA organised an interesting talk with coach Víctor Küppers. Under the title Live with enthusiasm Küppers discussed matters such as motivation, leadership, empathy and the need to be optimistic in order to flourish. Some fifty associates from ASINCA participated in the event held at the Col·legi d’Enginyers de Camins (Catalan Civil Engineering Association)
END_OF_DOCUMENT_TOKEN_TO_BE_REPLACED
Read more

16 May 2016
The latest Tribuna ASINCA meeting was held on Thursday and enjoyed the participation of the Deputy Mayoress and Head of City Planning, Environment and Transport at Barcelona City Council, Janet Sanz. Sanz addressed ASINCA associates to explain the city council’s position on urban planning and public works. The Deputy Mayoress explained that the procurement model
END_OF_DOCUMENT_TOKEN_TO_BE_REPLACED
Read more

ASINCA holds its Annual General Meeting with a large turnout 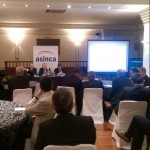 18 April 2016
ASINCA held its AGM on 13th April which saw a large turnout from various companies in the association. In the meeting the accounts from 2015 were explained in detail, the financial year’s services rendered were summarised, and finally the budget for 2016 was approved.
Read more

Tribuna ASINCA attended by the Minister for Land and Sustainability, Josep Rull 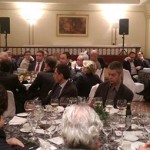 15 April 2016
The Tribuna ASINCA on Wednesday was attended by the Minister for Land and Sustainability from the Generalitat de Catalunya (Regional Government of Catalonia), Josep Rull. Rull explained to the associates that the government’s budget is affected by outstanding payments, which is why it is difficult to make new investments. He did, however, have a positive
END_OF_DOCUMENT_TOKEN_TO_BE_REPLACED
Read more 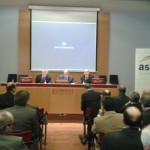 9 February 2016
This morning the Port of Barcelona presented its 2016 budget to ASINCA and Cambra de Contractistes d’Obres de Catalunya (The Chamber of Works Contractors of Catalonia). The meeting featured the Managing Director of the Port of Barcelona, José Alberto Carbonell, and was presented by the ASINCA Chairman, Josep Túnica, and the Chairman of The Chamber
END_OF_DOCUMENT_TOKEN_TO_BE_REPLACED
Read more

ASINCA meets the President of the Parliament of Catalonia 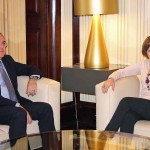 14 January 2016
On Wednesday representatives from ASINCA, lead by Chairman Josep Túnica, met with the President of the Parliament of Catalonia, Carme Forcadell. The reason behind the meeting was to present a course of action for our association, the benchmark in the engineering sector in Catalonia. The meeting took place in a greatly cordial setting and predisposition
END_OF_DOCUMENT_TOKEN_TO_BE_REPLACED
Read more
3 de 3«123